How To Start npm Project?

A lot of developers use npm for their projects. Npm is so useful feature for programmers. So how to install npm on your machine? How to packages?

If you don’t have Node.js on your computer install Node.js from the official website. Why do we need Node.js? It’s simple. We need Node.js because npm is a separate project from Node.js. Simply, without Node.js you can’t get npm in your project. 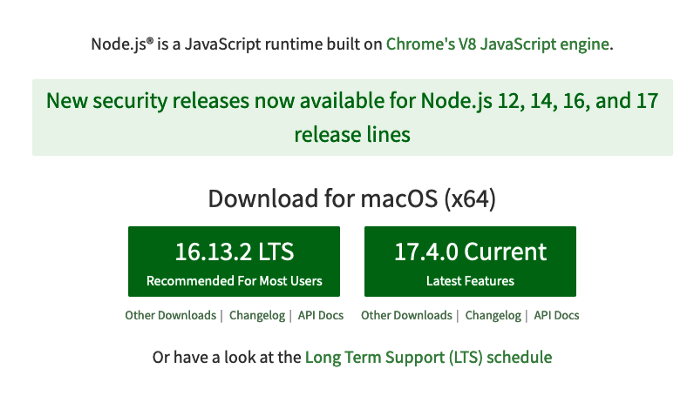 If you already have Node.js on your computer check the version:

So check the npm version to verify you have the latest version: npm -v

If you don’t have a project folder at this step it’s time to create it. In the next steps, you will work with your project folder. You can use the terminal to create a folder. All you need to do is enter this command in your terminal:

To verify that you created a folder run this:

Also, you can use the basic way to create a folder. Maybe in the future, I’ll write an article about terminals and how they can save your time just ‘running’ in computer directories.

If you start your project from scratch and don’t have a package.json file run this command in your project:

It will create a basic package.json file in your project folder:

After we installed npm let’s install some packages. All dependencies install by the command npm install or in a short way npm i.

We installed eslint in our project. But what are the weird words with dashes?

--save-exact is a key that says to install the exact version of the package (usually newer). If you will forget this key your package will be installed with ^ sign. That means “every version from and higher”. It’s okay, but if several developers will be working on your project, they in 90% will have a different version of the packages. That will be the issue.

Some keys have a short way, one hyphen and an initial letter. For example, -D is the same as that --save-dev or -E the same that --save-exact

So the order is not important. You can type -ED too.

After we installed the first package in our project we can see some events:

There will be created a new block in your package.json file called devDependencies(or updated).

And you can see a new folder in your project called node_modules. You don’t have to commit it. Why? Because all packages are stored in package.json file and after you open your project on a new computer or if you pull the repository from GitHub all you will need to do is install your packages by running npm i in the terminal. All your packages will be installed instantly. That’s AWESOME!

Package.json have a special section called scripts. In this section, you can set different scripts for launching.

In this example we have a lint script that will launch eslint in our project:

What does this command do? It will launch eslint package in the Node.js workspace. The ESLint is the program that analyzes your JavaScript code to find the problems.

In this article, we learned how to start npm from scratch in our future projects. And we are understood how to install packages, how to set them up, what we need to commit and what is better to add to .gitignore file. Thank you for reading this article.